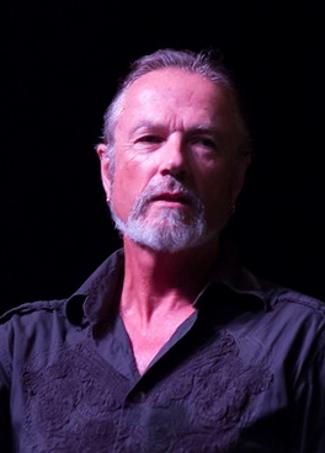 19 February 2021 7:00PM The National Theatre Braidwood, Wallace Street Braidwood, NSW, Australia. $40.82
STEVE KILBEY, founder member, songwriter and frontman of THE CHURCH, presents his solo performances of the complete Church albums: OF SKINS AND HEART and THE BLURRED CRUSADE
Since 1980, when he formed The Church, Steve Kilbey has been a force of nature in the Australian music scene.
Now, after an international career spanning four decades, Steve brings his one man show to Braidwood to feature the songs from The Church's first two albums, OF SKINS AND HEART and THE BLURRED CRUSADE.
Writer of classic rock anthems such as ALMOST WITH YOU, THE UNGUARDED MOMENT and the ARIA Award winning UNDER THE MILKY WAY, Steve brings fresh perspectives to the songs on these two albums, each of which was a landmark in The Church's career.
Circle Music Publishing & Production is proud to be presenting this remarkable performer who has been a part of the lives of countless people round the world.
The National Theatre will be a fitting venue for this not-to-be-missed event.

Brought to you by

For all ticketing enquiries or if you've any query regarding your purchase please contact our support team at: