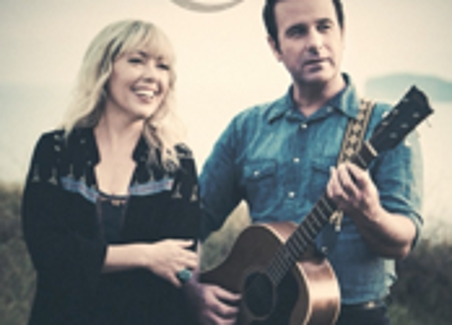 19 November 2021 7:00PM The National Theatre Braidwood, Wallace Street Braidwood, NSW, Australia. $41.84
Circle Music Publishing & Production is delighted to present Country music at its best. Unlikely, unexpected, unforgettable, unique, not to be missed! The musical uniting of Felicity Urquhart and Josh Cunningham is as unscripted as it is unforeseen. Felicity in her own right as a solo country star, singer-songwriter and presenter and Josh Cunningham (as a member of The Waifs), have both enjoyed lengthy, successful, enduring musical careers. A collective haul of Golden Guitars, ARIA Awards, multi-platinum album sales and extensive touring over nearly three decades forms a body of work that serves as a ready definition of success. Felicity's single "Big Black Cloud", co-written with Randy Scruggs, reached No. 1 on Country Tracks National Top 30 Singles Chart

In January 2020, Felicity Urquhart and Josh Cunningham were invited to join Song Club - a creative collective that tasked members with writing a song a week. This challenge gave the pair a lifeline to creativity and community as well as an abundance of new material, enough in fact to make a whole album.

From a year that many would have gladly sent back for a refund, a joy bringing, spirit lifting collection of songs emerged as a reminder that even in the darkest of times, the light of music and love can never be extinguished.

Felicity Urquhart and Josh Cunningham are poised to unleash songs and stories of undeniable beauty upon hearts and ears.

Long-time admirers from afar of each other's work, the pair consider it an honour to be creating music together. "To harness our collective passion for story and song and get to tell our own story in the most personal way through the most personal medium we know is truly inspiring" says Josh.

Our new album, "The Song Club", features eleven songs that speak of new beginnings, new journeys, new horizons, and a sense of freedom and flight. "Even though a destination may be unclear, being deeply rooted in the important fundamentals and having a true travelling companion gives a sense of confidence that you're on the right path - that everything will be ok", says Felicity.

Brought to you by

For all ticketing enquiries or if you've any query regarding your purchase please contact our support team at: